A Brief History of Israel 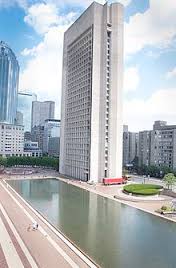 Since Israel has been in the news quite a bit lately, and for good reason since it will be the fuse for the next world war, I thought I would give a brief history of Israel to clear a few things up.

Israel became a Kingdom in 1000 b.c. It ceased being a kingdom in about 586 B.C. when the Babylonians took Jerusalem and the remaining tribes of Judah and Benjamin along with them back to Babylon. This area, which would be known as Palestine by the Romans, passed through the hands of empires such as the Assyrians, Babylonians, Persians, Greeks, and then the Romans. Starting in 638 A.D., Palestine was taken by the Muslims and became part of the Ottoman Empire until the end of World War I, when Britain captured the area in 1917. There were no countries in the Ottoman Empire, just provinces; that means that there never was an Arab or Palestinian country in this area during this time or ever before.

The Zionist movement started buying land and settling Jews in Palestine, beginning in 1870. At the end of World War I, on November 2, 1917, the British produced the Balfour Declaration to create a Jewish homeland consisting of the area now occupied by Israel and Jordan. Out of what was the Ottoman Empire, Britain and France carved up the Middle East and created the countries and boundaries of Kuwait, Iraq, Iran, Syria, Lebanon, Saudi Arabia and many other countries. In 1920 in San Remo, Italy, these boundaries were ratified by the nations in attendance of the San Remo Conference. If the country of Israel's right to exist is in doubt today, then so, too, is every one of the rest of these countries created at this same time by the same world powers.

To sooth the anger of the Arab countries over the one lonely Jewish state, Israel gave its first of a long line of land concessions to the Arabs by giving them Jordan for any Arabs not wishing to be part of or displaced by the Jewish state in 1921. There is no such thing as a Jordanian other than by being a person that lives in Jordan, just as a Palestinian is not a unique ethnic people but rather an Arab that lives in the land of Palestine as do many other peoples. The Hashemites, who were defeated by the Saudi's in Arabia, were transported and set up to rule over that population, which today is more than 80% Palestinian. From 1923 to 1948, Britain ruled Palestine under the British Mandate of the League of Nations.

By 1948 the world was still dragging its feet on the status of Israel, even though six million Jews had just been murdered right before their very eyes. Having just survived this holocaust with virtually no help from the world, the Jewish people vowed to prevent this from happening again: Upon the departure of British troops in 1948, the Jews proclaimed their independence on May 14, 1948. Israel offered Arabs remaining in the country a part of this new nation, with citizenship and participation in the government. Arabs however, cleansed their countries of every single Jew and confiscated all their possessions. They then warned Arabs living in Israel to leave the country so that the combined Arab armies could crush Israel. After cleansing Israel of all the Jews there also, the Arabs intended to return to take possession of the land.

As history has shown, this small ragtag army of Jews defeated the league of Arab armies to establish Israel again after nearly 2,500 years, just as God had predicted. The Jews had finally returned home. This is not to say that there were no acts of terrorism by the Jews or that the Jews did no wrong, some did, but they occupy no land but their own, and it isn't even all the land that God gave them to possess. The west bank is the land of Samaria and Judea. It's where the term Jew comes from!

After trying one more time to annihilate the Jewish state in 1973, the Arabs/Palestinians now want the West Bank, Gaza strip, and East Jerusalem for their state. When the Prime Minister of Israel recently visited the White House, he was told by President Obama that this will be the case in addition to having the U.N administer the Temple Mount area. If Israel agrees to do this and gives up the Golan Heights to Syria, Israel will become indefensible militarily. If given the West Bank, the Palestinians will almost assuredly elect Hamas as their government just as they did in the Gaza Strip. Hamas has vowed never to recognize the Jewish state and calls for the death of all Israelis. Once in control of the West Bank, missiles will pour in from Iran just as they did in the Gaza Strip. To the north of Israel, Hezbollah has re-armed with more missiles than they had before the second Lebanon war, even though the U.N. was deployed there to prevent this from happening.

I believe the Palestinians should have their own country, but not by sacrificing Israel to get it. Surrounded by nations that raise their children to hate Jews and that call for their destruction almost daily, ceding the high ground to their enemies, and letting Iran attain nuclear weapons is a recipe for disaster. The seeds are being sown right now for the next world war.


Article Source: http://EzineArticles.com/2430425
at 2:32:00 PM
Email ThisBlogThis!Share to TwitterShare to FacebookShare to Pinterest