The Miracles Of Jesus Christ 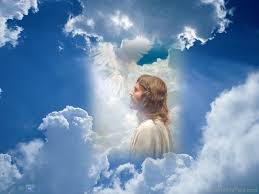 One of the most essential parts of Christianity lies in recognizing the fact that Jesus Christ was divine. And one of the ways in which his divinity is proved by scholars in the Bible is to emphasize the several miracles that Jesus in academic circles, are oftentimes categorized according to the act that was carried out.

The Miracles of Nature-- although Jesus miracles at times did not involve people, they usually served an illustrative purpose (the major one being to prove and manifest divinity). And these are known as miracles of nature. It actually included walking on water, feeding large crowds with relatively little food and causing His followers to catch numerous fish though they had been failing all night. (He also at several times raised people from the dead and He also walked through a crowd that wanted to throw Him off a cliff.)

But Jesus' first ever miracle of nature recorded in the Biblical canon was when He turned water into wine at a wedding. His mother Mary was one of the guests at that wedding and He and His disciples also came. When the wine ran out, Mary approached Him and told Him that His time had not yet come. Still, He proceeded to turn the water that was to be used for cleansing into wine, which the master of ceremonies declared to be the best-tasting wine he ever had in his life, as opposed to normal conventions which had the host bringing out the inferior wine second. This miracle could be interpreted to demonstrate Him using all things to His ends, making the unclean clean, and of being straightforward in the introduction of His message. His Miracles of Exorcism.

Another category of miracle that He performed are involved casting out demons on afflicted individuals. He is recorded as having cast demons out singly and in large groups after having them name themselves and recognize His authority. These differ from His healing miracles in that they vividly portray a struggle of good versus evil instead of conquest over the natural. Jesus Healing Miracles.

The healing miracles of Jesus offered some insights into His character and His mission as a whole. And these are the best recorded in the Bible, because so many illnesses he healed were regarded as a death sentence by the cultures of that time. Jesus demonstrated His mission of loving the unloved, at the same time of course demonstrating His divinity.

Jesus words after curing many people are the same;through your faith, you are healed.(Matt 9:22). Jesus demonstrated through this that people come through Him through their own faith rather than through His compulsion. For instance, lepers were regarded as outcasts of society. They had to carry bells and cry unclean whenever they come nearer to other people. In order to cure these lepers, He would often touch them, to the apprehension of His disciples. He then made it clear through His healing that it was the faith of the people that He healed that caused the cure.
at 2:14:00 PM
Email ThisBlogThis!Share to TwitterShare to FacebookShare to Pinterest