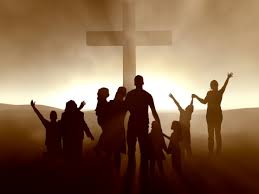 Many have misunderstood worship to be nothing more than an emotional expression. Culture has given us the idea that showing emotion is a sign of weakness. Men are led to believe that emotional outbursts are some how feminine and that expressions of feelings shows a lack of courage and resolve. I believe such ideas come from Satan. The devil truly fears when men worship and will do what he can to keep men from worshiping the Lord. Worship brings God into situations. Worship puts God on the side of the worshipers and let's God's power flow. Many times in the Bible God instructed kings and leaders to have the worshipers lead the way into battles that seemed impossible to win. Then before and confrontation could take place, the Lord would send a heavenly ambush against the enemy. In Act 16, when Paul and Silas were in the Phillipian jail, they sang songs in the night and the Lord sent an earthquake that opened the prison doors and broke their bondages.

When David played his harp the evil spirit that was troubling king Saul was silenced. Psalm 8: 2. Out of the mouth of babes and sucklings hast thou ordained strength because of thine enemies, that thou mightest still the enemy and the avenger. When Jesus quoted this scripture... Matthew 21:16. And said unto him, Hearest thou what these say? And Jesus saith unto them, Yea; have ye never read, Out of the mouth of babes and sucklings thou hast perfected praise? When the children of Israel shouted with a great shout the walls of Jericho fell down flat. Psalm 47:1. O Clap your hands, all ye people; shout unto God with the voice of triumph. Worship is not wimpy. Worship is a tool of spiritual warfare and the weapons of our warfare are mighty through God. (2 Corinthians 10:4) Worship is battle.

David was a man skilled in worship. His skill was more than just musical ability. He worshiped the Lord exuberantly. 1 Samuel 16:18. Then answered one of the servants, and said, Behold, I have seen a son of Jesse the Bethlehemite, that is cunning in playing, and a mighty valiant man, and a man of war, and prudent in matters, and a comely person, and the Lord is with him. 1 Chronicles 15:27-29 And David was clothed with a robe of fine linen, and all the Levites that bare the ark, and the singers, and Chenaniah the master of the song with the singers: David also had upon him an ephod of linen. Thus all Israel brought up the ark of the covenant of the Lord with shouting, and with sound of the cornet, and with trumpets, and with cymbals, making a noise with psalteries and harps. And it came to pass, as the ark of the covenant of the Lord came to the city of David, that Michal, the daughter of Saul looking out at a window saw king David dancing and playing: and she despised him in her heart.

1. Know our God. Just because we cannot see Him does not mean He is intangible.

2. We must know the Word. The Bible is our sword in spiritual warfare. We must become excellent marksmen.

3. We must pray the Word. It is the written words of our Commander and Chief. When we worship God with hearts of faith and consecration, mighty things happen. Spiritual and even physical battles are won. Demons are silenced. Impossible victories are won. It's time to take a new attitude toward worship. When you worship you are not showing weakness; you are demonstrating the strength and power of God.
at 3:43:00 AM
Email ThisBlogThis!Share to TwitterShare to FacebookShare to Pinterest