What's Your Motive In Giving To God? 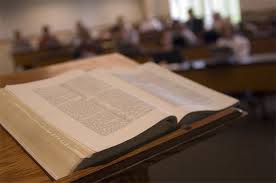 Rush hour commutes, soccer practice for the kids, extra work from the office and the everyday demands of live in a culture awash in activities and time demands is posing a serious dilemma for churches across the country. People are so busy that they simply don't have time to serve on church committees or work in church service projects. How much do you care about the church? About God's people? How much of your time is spent helping, giving,praying for your church? A lot of people give money to the church but much less give themselves. There are a lot of reasons that move people to give to the church. I know that some people give as a write-off so that they will get a break on the taxes they pay to the government. If that is your only motive for giving, it is not a proper one. A tax write-off is just not enough. That is not going to help you any with God. Some people give to the church to gain a reputation for giving.
The Bible truth of the matter is that God really isn't interested in our money. Oh, don't get me wrong. The Bible says we are supposed to give. But it's our heart condition that God is most interested in. In fact, even more than money, he wants us to give our time, our prayers and our service to the institution he's created to be his hands and feet on this earth: The church. There are Bible stories galore about the consequences of not supporting the church. It is striking that the very first death recorded in the church occurred when a couple, Ananias and Sapphira, decided they would gain a reputation for giving that they did not really deserve. In the fifth chapter of Acts we read that other people were giving property. This couple thought they would get in on the honor and prestige that was being heaped on those who generously gave, so they gave some of the proceeds from tome land they sold. But they pretended that they gave all of it when they really did not. When the Holy Spirit dealt with that hypocritical kind of giving he dealt very severely with it. Some people give because they were afraid of dying and they want to make Brownie points with God. There have been people who give hundreds of thousands of dollars because they felt it would help them in their standing before God at the judgment seat. But they were not giving to help the cause of God or the church. They gave because they thought they could buy God's favor. All these are wrong motives. When it comes to giving, motive is more important than the amount. God is not so interested in how much you give the church, but why you give.
Do you love the church? That's the example we have from Christ. More than 24 million seniors collectively volunteer 6 billion hours each year in the United States. Researchers at the University of Michigan recently discovered that the survival rate of seniors who volunteered 40 or more hours a year for a single cause was 40 percent greater than that of non-volunteers. "Seniors who volunteer say it improves their health, life satisfaction, and social well-being," says Donna Thurmond, director of Senior Services for Volunteers of America. So helping others and serving as Jesus commands us to do is not only a good thing to do, it's good for us. In fact, we were all created with a desire to serve. That's why it feels so good when we do so, because it's what we were made to do. But the real reason we serve is because that is what Jesus did. that's the example he lefty us in the Bible. We know it as the Golden Rule: Do unto others as you'd have them do to you. (http://www/onlinechristianshopper.com) Christian clothing and jewelry Web site
at 12:15:00 AM
Email ThisBlogThis!Share to TwitterShare to FacebookShare to Pinterest