Defense Of Christianity Using The Resurrection 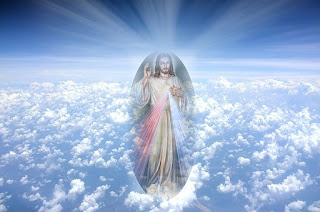 Why is the death, burial, and subsequent resurrection of Jesus Christ such a big deal? Why didn’t Jesus just die like everyone else and go to Heaven and wait for us there? Why did it have to be so gruesome and public, His death, His burial, and His resurrection? Because it validates everything Jesus said while He was on earth, it validates everything he taught and shared for three years.

You see, if Jesus Christ hadn’t come back from the dead after three days, there would be no Christianity, no followers of Christ, no hope. But He has. And because Jesus Christ came to earth, we can have life and have life everlasting.

When He was on earth, He talked a lot about His Kingdom and how He was going to create a new temple in 3 days.

The people of His time did not understand, thinking that He was referring to an earthly kingdom.

If He had left earth, been buried, and didn’t resurrect, He would have been the purveyor of another false religion. Today, He would be the prophet or god of just another dead religion.

But because he came back from the dead, rose from a sealed, guarded tomb and appeared to over 500 people before He ascended to the Father to prepare a place for us in Heaven, we have proof that He was, is, and always will be, Who He said He is.

Who did He say He is? He said He is the way, the truth and the life, and no one comes to the Father but through Him.

But just to focus on His burial for a moment, Matthew, one of Jesus disciples, tells us:

At the end of the day that Jesus died, a rich man of Arimathaea, Joseph, went to Pilate, and asked for the body of Jesus. So Pilate commanded the body to be delivered to Joseph. So Joseph took the body and wrapped it in a clean linen cloth.

He laid it in his own new tomb, which he had hewn out in the rock: and he rolled a great stone to the door of the sepulcher, and he left. The next day the chief priests and Pharisees came together unto Pilate, Saying, Sir, we remember that that deceiver (meaning Christ) said, while he was alive, After three days I will rise again.

Command therefore that the sepulcher be made sure until the third day, in case His disciples come by night, and steal him away, and say unto the people, He is risen from the dead: so the last error shall be worse than the first. So Pilate said unto them, You have a watch: go your way, make it as sure as you can. So they went, and made the sepulcher sure, sealing the stone, and setting a watch. (Matt 27: 57-66)

What do you think? How sure was, ‘as sure as you can’? My guess is, not only did the chief priests and the Pharisees make sure that the stone that had been rolled over the mouth of the stone cave, where the body was buried, was extra heavy and unmovable, but they stood watch over the tomb. They had Roman soldiers guarding the tomb. Nobody was going to come take the body of Jesus! He would remain in that tomb forever!

But what do we know now that really happened?

Matthew tells us this:

At the end of the Sabbath, as it began to dawn toward the first day of the week, Mary Magdalene and the other Mary came to see the sepulchre. And there was a great earthquake: for the angel of the Lord descended from heaven, and came and rolled back the stone from the door, and sat upon it. His countenance was like lightning, and his raiment white as snow: And for fear of him the keepers shook, and became as dead men. And the angel answered and said to the women, Do not fear: for I know that you seek Jesus, Who was crucified. He is not here: for he is risen, as He said. Come, see the place where the Lord lay. And go quickly, and tell his disciples that he is risen from the dead; and, behold, he goeth before you into Galilee; there shall you see him: lo, I have told you. And they departed quickly from the sepulcher with fear and great joy; and ran to bring his disciples word. And as they went to tell his disciples, behold, Jesus met them, saying, All hail. And they came and held him by the feet, and worshipped him. Then said Jesus unto them, Be not afraid: go tell my brethren that they go into Galilee, and there shall they see me. (Matt. 28: 1-10)

After this time, Jesus Christ appeared repeatedly to the apostles and was seen by as many as 500 people at one time, during a period of 40 days after His resurrection. He repeatedly offered proofs of His resurrected life.

If Jesus the Christ had not risen from the dead, then He had done nothing any other prophet or god had ever done. He would have simply died. But He didn’t just die. He died and rose again, from the dead. Broke out of His tombclothes, escaped from a cave that was sealed with a great and heavy stone, and guarded by brutal Roman soldiers.

What does that mean to you and me? For me it means that He really is Who He says He is. He said He is the Way the Truth and the Life and that no one comes to the Father but through Him.

That is serious. That means that there is no other religion, god, or prophet who can offer genuine life, redemption from the fallen state of this earth, no matter what they claim. You see, Jesus the Christ is the only one who has died and risen again with witnesses. Mohammed is dead, Buddha sleeps, no tribal gods ever visited the earth, and no man becomes god through his own goodness as many religions claim.

Do the math, look at the evidence. For 400 years, Jesus Christ was predicted to come to earth. He came to earth as he said he would. He died and rose again from death, with proof. Either He is who He says He is or He is a fraud, and all the witnesses, on multiple occasions, over 40 days, were deceived, hallucinogenic, and willing to die horrible, bloody deaths via public stonings and hangings and beheadings over something they didn’t really see, over a person they didn’t really talk to, in whom they did not really believe.

One of the greatest incredulities of history would be that over 500 hundred people who claimed to have seen Jesus resurrected would be willing to die for the belief that He really rose again, and not one of them would have been willing to expose the lie, that Jesus wasn’t who He said He was, to escape death.

What does this mean to us, today? For those of you who have never been presented a logical proof that Jesus was Who He said He was, and have never accepted the life Jesus offers, you have no excuse. You now know the facts, what really happened and why. You have seen a logical explanation for why we can believe today what others have believed for two centuries. You see, truth never changes. The truth never lies. And you can see today that the truth is that Jesus Christ is the Way, the Truth and the Life. You have but one option.
at 7:18:00 AM
Email ThisBlogThis!Share to TwitterShare to FacebookShare to Pinterest